Anonymous said…
Hey there! Do you know if they make any plugins to protect against hackers?
I'm kinda paranoid about losing everything I've worked hard on.

January 13, 2006
Do you think we humans have a reason for existence? Do we have a purpose here on earth? Or, in other words, as philosophers and theologians have been questioning for millennia: "What is the Meaning of Life?" Consider this. We are here for a reason, but we aren't meant to know what it is yet.Humans are part of the vast network of total Universal Life. From the tiny amoeba to the great extinct dinosaurs, from the beauty and delicacy of a single rose bloom to the spectre of alien beings. "We" seem to be the only species of life who thinks, communicates, creates legacies, and plans for the future, even if, as mortals, we won't be around to experience said future. Because of our power of thought, we ask questions, and we ponder our very existence, sometimes to the extent that we seldom enjoy our existence while it lasts. Instead of living for each moment, irregardless of "time served", we catalog and organize our time, we draw up calendars and timetable
Read more
July 16, 2007
If everybody attains perfection in the universal plane at the end of life regardless of what occurred during their life, doesn't that mean everything we do here on Earth is completely meaningless? Perfection is simple. Imperfection is very difficult to grasp, hold, and keep in store. Yet doesn't it seem oftentimes that everything which happens in life is imperfect, irrational, and sometimes blitheringly stupid, and rarely do we glimpse, participate in, or become part of something perfect? We do attain perfection, but we are imperfect beings on Earth. This is the simple truth. We are born "sinners", as the Christian faith believes. We are on a search for Nirvana, according to the Hindu fatih. Basic tenets of religion describe the human animal as unfit for the hereafter until some kind of cleansing process is acheived. This "cleansing process" is the Final Realization life is given at it's end. On Earth, the Universal Mind inhabits a flawed receptacle, a
Read more
February 20, 2007 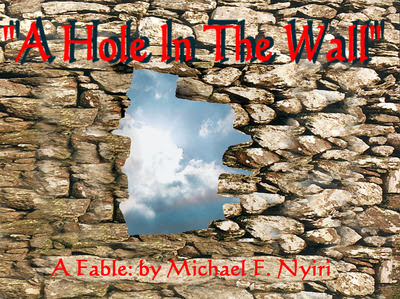